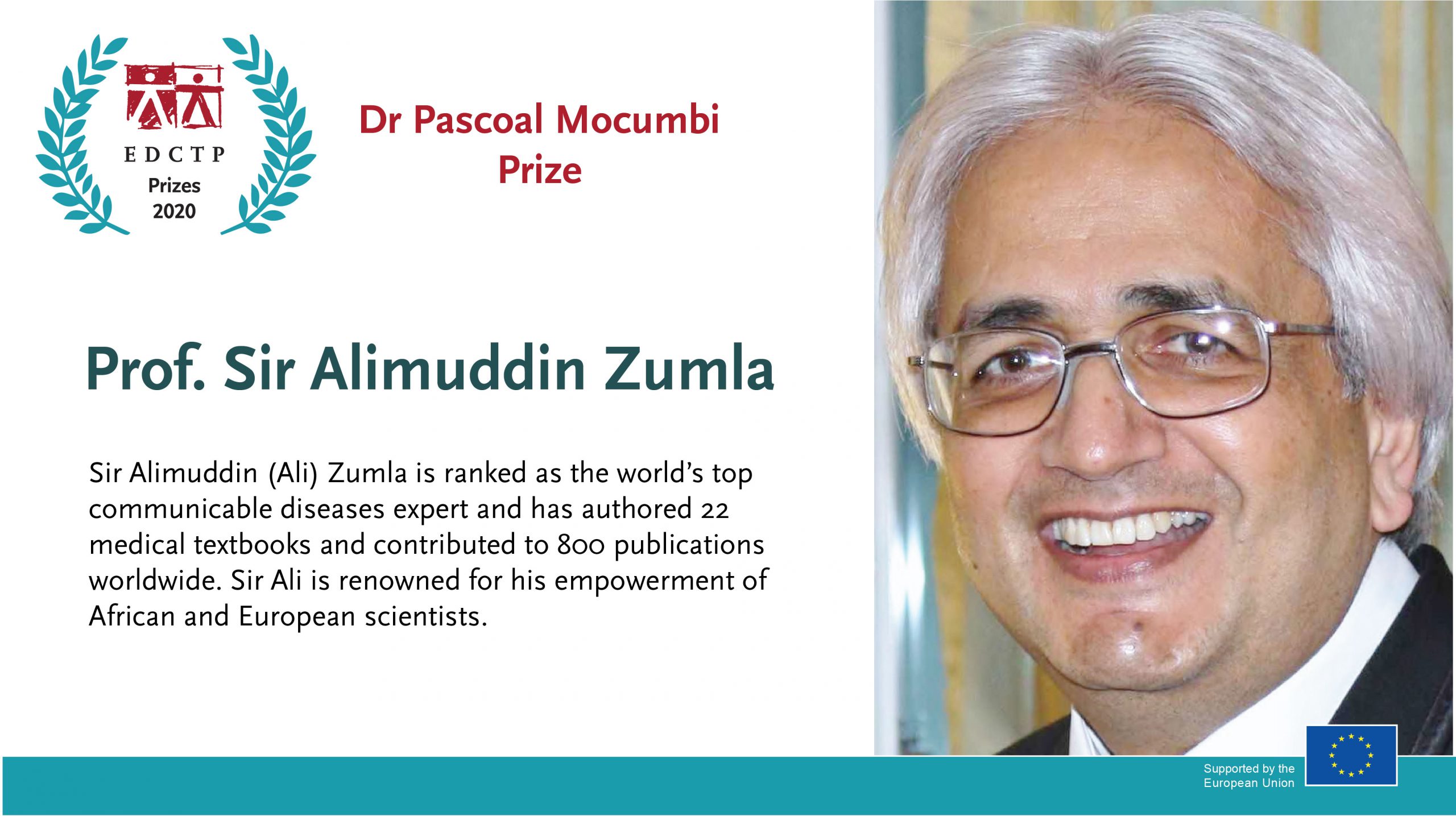 The 2020 Dr Pascoal Mocumbi prize winner is Alimuddin (Ali) Zumla. This prize is awarded to senior scientists, policy-makers or advocates for health and research, from anywhere in the world. The prize consists of a recognition trophy and a cash prize of €50,000. There was a short video about the winner and his work based at Imperial College, London. He explained that at the start of the HIV/AIDS epidemic he had become concerned that research was only being done by scientists in wealthy nations and he set out to change this situation. EDCTP funding has been essential in him making progress. But he had not made his journey alone and he paid tribute to his colleagues. As part of his team, there have been the many young researchers. He dedicates this award to them and will reinvest the money into programmes to help young scientists.

A short film was then shown about the life of Pascoal Mocumbi. It focused on his many achievements, including his critical role in EDCTP since its establishment in 2003, and featured a contribution from Michael Makanga (EDCTP Executive Director), who emphasised that Pascoal Mocumbi had opened doors to and given EDCTP credibility with African governments.