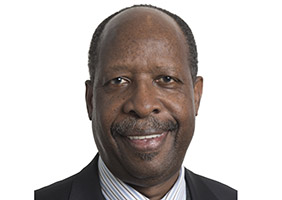 Session Chair, Ilesh Jani (Mozambique), introduced the keynote speaker Leonardo Simão and summarised his distinguished career in both health and diplomacy. Dr Simão is a former health minister of Mozambique and is currently EDCTP High Representative for Africa.

What we now call science diplomacy has no clear definition but, said Dr Simão, it is very old. There has always been an exchange of information between scientists in various settings. However, during the Cold War such exchange became a more sensitive matter, and the term science diplomacy came into use.

As scientists progress in their careers, they work for and with many types of organisation. Science contributions are now submitted to the UN and other global bodies to inform their decision making. In such situations, scientists need to acquire the skills of diplomacy.

Diplomacy is a method to influence the behaviour of international and other organisations to use dialogue to avoid conflict. (Dr Simão referred to the 1961 Vienna Convention on Diplomatic Relations, which established procedures for diplomacy.) There are different categories of diplomatic activity; we now hear not just of health diplomacy and science diplomacy but also of water diplomacy, climate diplomacy etcetera. One challenge is to persuade authorities to take up the results of research in their decision making. We must try to make a bridge between scientists and policy makers. Science diplomacy is not only for professional diplomats but for all of us that work with foreign countries.

In recent years we have seen an increasing exchange of scientific knowledge and also the emergence of new leaders in scientific knowledge such as China and now Southeast Asia. Talent circulation between countries is also growing. This can lead to brain drain issues but it also has value in enabling scientists to learn as they move between countries.

Africa still lags behind as a player in scientific research, even though EDCTP and other programmes are helping to address this situation. Africa must now also develop its science diplomacy to address its health challenges (which include rising cases of non-communicable disease and traffic injuries). New tools are urgently needed to combat the challenges and training researchers in science diplomacy can help in gaining access to these tools. It can also be used to help boost the position of women in research and in wider society.

Dr Simão was then asked a number of questions both by the Chair and by delegates online. Asked what the biggest science diplomacy challenge would be in the coming decade, he said it was to achieve more equity and to increase the number of female scientists, for which we need a clear strategy.

Are African scientists being trained in diplomacy? Dr Simão thinks they are not and that this should change. Many scientists now attend international meetings, some even become members of governments and they must be taught about negotiation and persuasion.

We think of diplomacy being a part of Africa’s dealings with countries beyond this continent but is diplomacy required within an Africa regional context. Dr Simão said this was definitely the case What advice would he give to African scientists trying to convince their governments to invest more in research? He felt it was important to recognise that funding decisions were often taken by economists who generally don’t understand what improved health can do for the economy. We need to make sure we convince them of the impact that can be achieved by health research and the implementation of research findings.