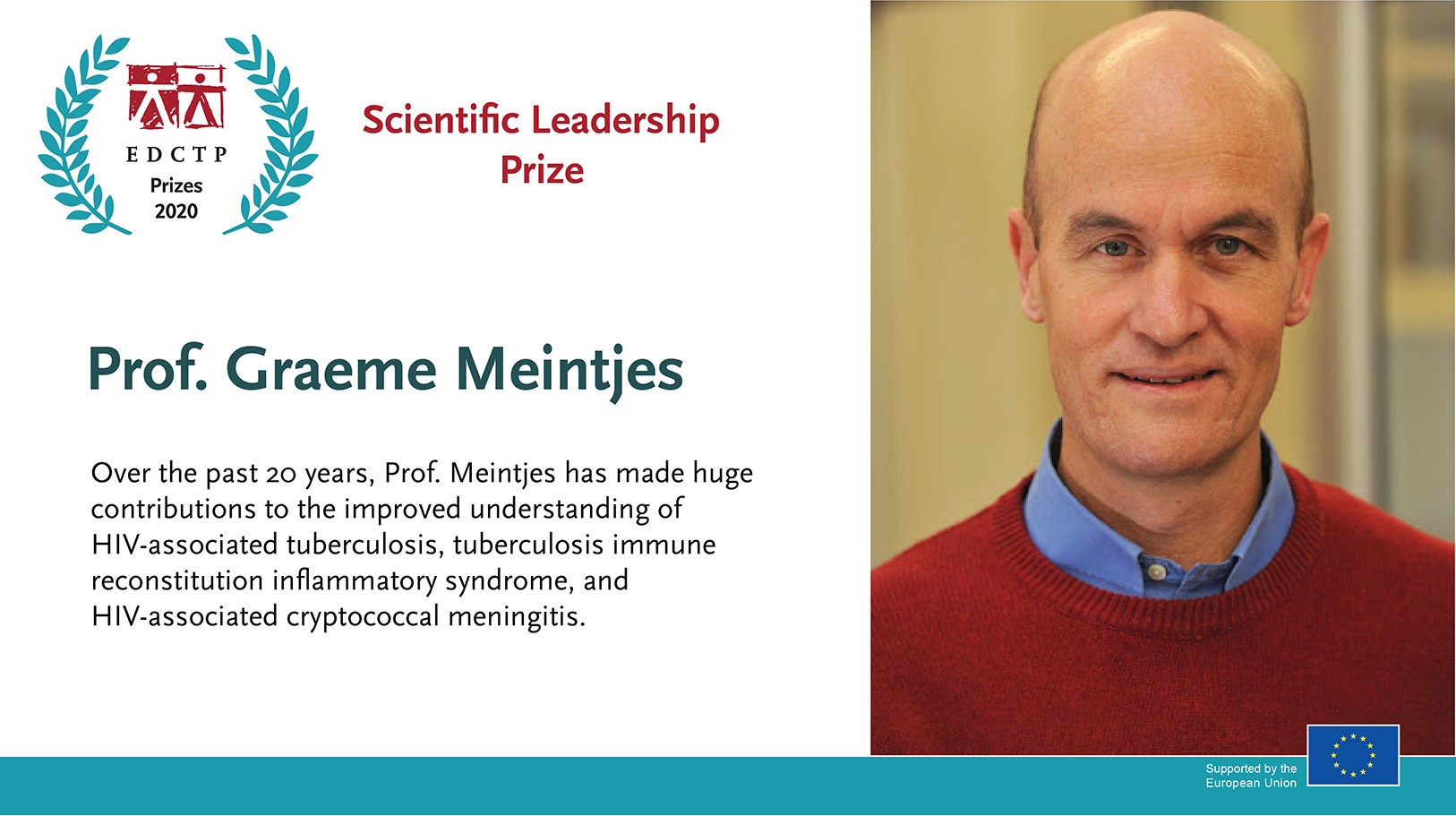 The Scientific Leadership prize is awarded to world-leading scientists in sub-Saharan Africa up to 50 years of age working on HIV/AIDS, tuberculosis, malaria and neglected infectious diseases within the scope of the EDCTP2 programme. The prize consists of a recognition trophy and a cash prize of €10,000. The award was presented by Marleen Temmerman who announced the winner as Professor Graeme Meintjes, a Professor of Medicine and an infectious diseases physician based at the University of Cape Town. He is also Leader of the Wellcome Platform for Research in Africa and has links with many institutions in both Africa and Europe. He focuses on conditions in people with advanced HIV infection. This includes Cryptococcal infections and drug resistance. He has already received one EDCTP award – the Rising Star Prize in 2016.

Professor Meintjes described receiving the award as a highlight of his career, as it comes from an organisation that he greatly respects. He took the opportunity to congratulate EDCTP on the work it continues to do. He thanked everyone in his team including postgraduate students, and the patients (often vulnerable people) who had been participants in his research.

His advice to students wanting to follow his footsteps? Find a niche area and conducted a novel study (not just something that everyone else is doing) that inspires you and where you have a competitive advantage as a researcher. Take the time to find mentors.

The money from the award will go to one of his students to enable them to study the role of the immune response in HIV infection.